A paradigm shifting hypothesis on the Synoptic Problem

Although still a working hypothesis - the progress that I am making on my detailed synoptic commentary on Marcion's Gospel has given me confidence, in suggesting the following preliminary hypothesis which I am setting out here below.
Let me, first, give two summaries of paradigms from the hand of my revered colleague and friend, the late Michael D. Goulder, before I set out the hypothesis of the new paradigm.
Only a few years ago, in the mid-eighties, Goulder summarized ‘the standard position’ to contrast it with his own revolutionary ‘alternative’: 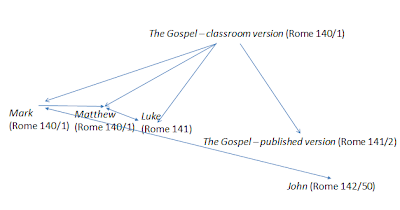