I received a kind email this week, asking for the publishing date of my reconstruction of Marcion's Apostolos:
'Jacob Berman (History Valley on YouTube) recently quoted your response to a letter written to you regarding the Pauline Epistles. In part of your response, you mention a project to complement and complete Matthias Klinghardt's reconstruction of the Evangelikon with your very own  reconstruction of the Apostolikon. In part, you write:
"Based on our witnesses (Tertullian, Epiphanius ...) and on papyri and manuscript variations in the tradition of the Epistles, it is clear that they attest to two very different collections of Paul's letters. More on this I am publishing in the nearer future with a book by [Cambridge University Press], but which I am now detailing in the current study.
Marcion's collection had the known 10 Pauline letters..."
This book project you mention as being published in the "nearer future" by CUP (Cambridge), is this going to contain your reconstruction (with English translation?) of the Apostolikon canon of 10 Epistles? May I ask what the title of this book will be? May I also inquire, when it may be published? Next year, 2023? 2024?
This is a book project I look forward to more than any other. To finally be able to read the Apostolikon is a dream come true.'
To this email I replied:
thanks for emailing me. The work I am referring to in what you quote below are, in fact, two or in fact three books. The ones that have been published first in German with Herder (Offener Anfang, 2019; Christi Thora, 2022) will be published in English, the first with CUP later this year or early next year, the second is under review for Routledge. The first, however, only gives preliminary insights into the "Apostolos", the second deals with the "Euangelion".
What you are really looking for, is what is in the making right as we talk to each other, the reconstruction of the "Apostolos". This is no easy task, although preliminary work has been done by previous scholarship (Zahn, Harnack, Clabeaux, Schmid, BeDuhn). If you want to get a first impression, you can read BeDuhn's The First New Testament - this is a good reconstructive attempt. My own will differ insofar from his and from earlier reconstructions, as I am not only relying as Zahn to Schmid on our witnesses (Tertullian, Epiphanius ...), and textual manuscript variants (as BeDuhn has added to previous scholarship, following Klinghardt), and the narrative context (as BeDuhn rightly does), but also on Semantics, Grammar asf. The importance of this added criterium I have only learned when doing the reconstruction. Every now and then, and after doing it more systematically, I noticed that not only is there a strong coherence between the Semantics of those passages that on the basis of the witnesses scholars have attributed to the "Apostolos", but that the Semantics also coheres with the text of the "Euangelion". This language differs clearly from the added canonical redactional texts of the "Euangelion" as of the "Apostolos". On that basis I was able to tentatively restore some missing passages in BeDuhn and the other editors, and led me to make a few changes in the texts that they had reconstructed.
The text with an introduction will be published (similarly to Klinghardt's Euangelion) in two volumes, both in a German and an English edition, with notes and translation. The publication of the work I plan for 2024.'
Posted by Professor Markus Vinzent at 10:58 No comments:

Chris has written a piece on my thoughts on Marcion to which I will soon reply, but here already his paper which can be found on Academia.edu:

Posted by Professor Markus Vinzent at 21:28 No comments:

Email ThisBlogThis!Share to TwitterShare to FacebookShare to Pinterest
Labels: Marcion

Here is another video interview by Jacob Berman for his intriguing History Valley youtube video channel. I much enjoyed this session and thank Jacob deeply for the inspiring conversation: 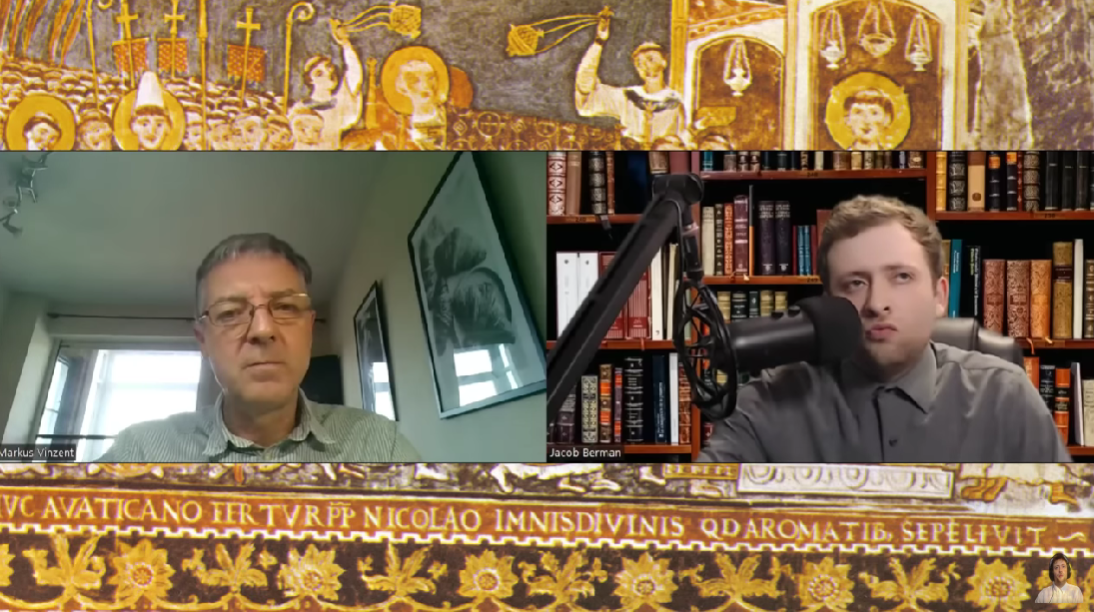 Posted by Professor Markus Vinzent at 09:05 No comments:

The recent discussion between James Valliant and me on History Valley is now online: 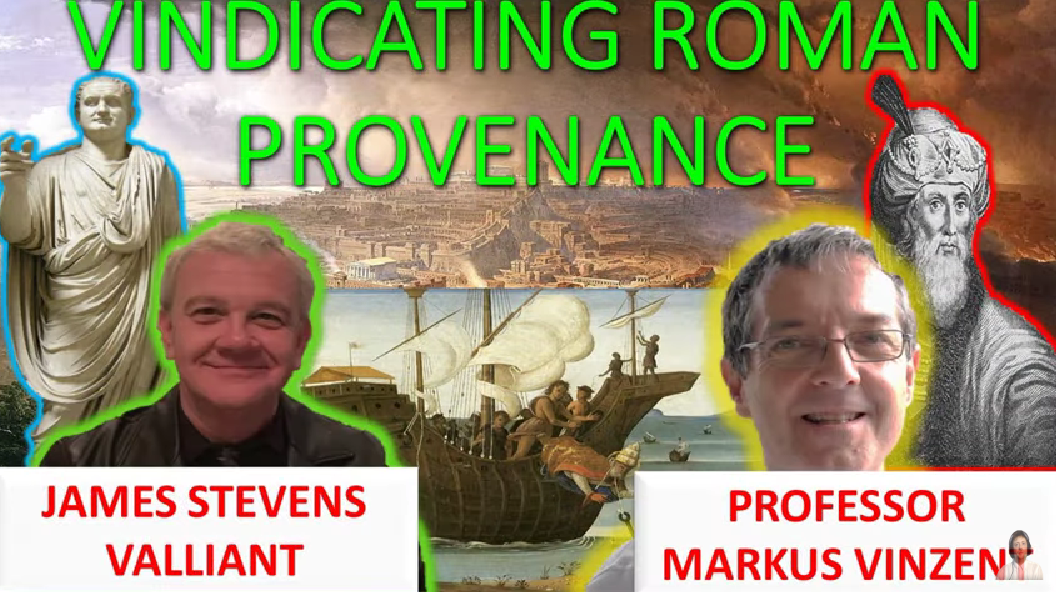 I really enjoyed this discussion and have learned a lot from James Valliant. Thanks for this opportunity!
Posted by Professor Markus Vinzent at 16:30 No comments:

Posted by Professor Markus Vinzent at 08:33 No comments: