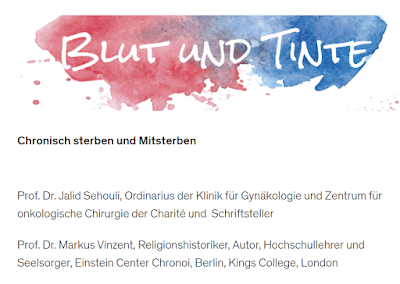 Posted by Professor Markus Vinzent at 16:26 No comments:

The new book "Meister Eckhart, The German Works: 56 Homilies for the Liturgical Year. 2. De sanctis" has been published

With great pleasure I was informed, that this week, vol. 2 of "Meister Eckhart, The German Works", ed. by Loris Sturlese and Markus Vinzent, has been published. 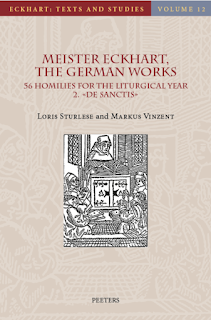 This volume (based on Loris Sturlese’s liturgical ordering) contains the vernacular texts and English translations of 56 of Eckhart’s German sermons, which can be linked with the cycle of preaching during the liturgical year on the Saints and other occasions (De sanctis). It is the second volume, following ETS 9 (De tempore), and gives us Eckhart’s preaching in literary form. The corpus of sermons that have been relocated into their liturgical place are taken from the critical edition of Kohlhammer to which was added a new English translation (for some of the sermons the first so in English). It opens a door to students and interested readers into the world of Eckhart’s liturgical preaching, helped by a thorough general introduction on the topic of sainthood, short prefaces to all homilies and notes.

Posted by Professor Markus Vinzent at 09:18 No comments: